Our people are very important to us, as is making certain we provide you with the best possible professional financial advice. Below is a short biography for each of our colleagues together with their contact telephone number. For further contact details please see our "Contact Us" page. 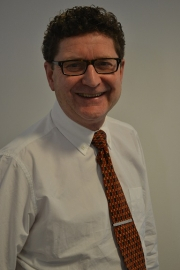 Richard Pepall, Senior Partner and Financial Adviser
Tel. 01565 734964
Email. richard.pepallcamarguechambers.com
Richard is the oldest member of the Camargue Chambers team. He started his career in 1976 at the age of 26. Very much a 'general practitioner,' Richard advises clients in all areas of their financial planning. As he and his clients have grown older together, he has also developed a wide knowledge of Inheritance Tax Planning. Within Camargue Chambers, colleagues often seek to utilise Richard's expertise in this critical area.

Married with 2 daughters and 3 grandchildren, Richard lives and works in the Cheshire village of Pickmere. He is a keen private pilot and horse rider, and an active member of the village Parish Council. 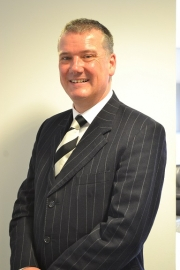 Andrew Jarvis, Financial Adviser
Tel. 07976 827652
Email. andrew.jarviscamarguechambers.com
Andrew offers advice in a wide range of areas. He specialises in mortgages, yet has significant experience in pensions and investments. Since joining the industry as a graduate in 1988, Andrew has completed an MBA at Manchester Business School. Andrew has built his client base advising both corporate and personal clients, and adopts a holistic approach to financial planning with an emphasis on understanding the client's needs.

Andrew graduated in Italian, German and Politics from Sheffield Hallam in 1986. A keen sportsman, Andrew lives in the Cheshire village of Prestbury and enjoys cycling, cricket, and golf. 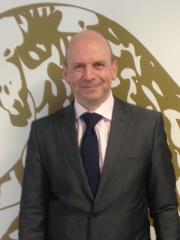 Ian Hulmes, Financial Adviser
Tel. 07539 449822
Email. ian.hulmescamarguechambers.com
Ian started his career in 1989 as a financial adviser with Refuge Assurance before joining Royal London Insurance in 1991 where he was involved in more complex financial advice.

In 2003, Ian joined HBOS in the bancassurance marketplace and enjoyed a further 9 years helping customers to save money, increase profits, avoid tax, and protect their assets and family. Since then Ian has worked as a Planner Manager at Nationwide Building Society and has now joined Camargue Chambers LLP.

He is often recommended by his clients to their friends, family and work colleagues due to the excellent service that he provides. Brian covers a wide range of financial advice and offers his clients a free, no-obligation first meeting which is based on getting to know each other and discussing their aspirations and needs.

Brian can be often seen riding his bike around the country lanes near his home to keep himself fit, tending to his garden, and enjoying the company of his wife, Jeannette. 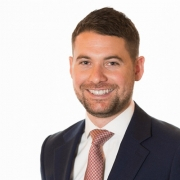 Tom Heaword, Financial Adviser
Tel. 07969 748921
Email. tom.heawordcamarguechambers.com
After graduating from the University of Leeds with a degree in Business Management in 2012, Tom joined Goldman Sachs as an operations analyst where he began his career in Financial Services. More recently, Tom has moved away from investment banking and in to the world of Financial Advice. Tom is now a fully qualified Financial Adviser. Tom enjoys using his knowledge to have a positive impact on the financial well-being of all his clients.

In his spare time Tom can be found cycling his road bike around Cheshire's country lanes, or maybe further afield if he is feeling particularly fit or is training for a sportive or race! 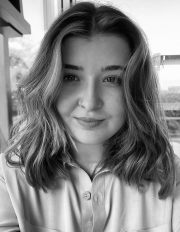 Lizzie McEvoy, Administration Manager
Tel. 03000 309901
Email. lizzie.mcevoycamarguechambers.com
Lizzie first began her career in the Finance industry in 2018, previously working with children; as a nursery nurse and nanny. This was a big change and has gone from strength to strength learning all aspects of the business from admin to paraplanning to compliance.

In her spare time, Lizzie enjoys spending time with her Husband, friends or forever-growing family. She particularly loves to bake and go on the occasional secret shopping trip. 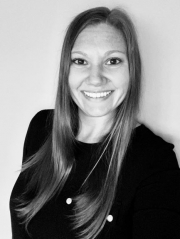 Nicole Clitheroe, Paraplanner & Executive Assistant to the Directors
Tel. 03000 309901
Email. nicole.clitheroecamarguechambers.com
After moving to the United Kingdom in 2013, Nicole opted for a career change to financial services which she has thoroughly come to embrace. Her previous pension experience working at Royal London and former role as relationship manager at a boutique investment platform have laid a solid foundation for her to build her career. Now acting as a company paraplanner for Camargue Chambers, Nicole holds the DipFA qualification from LIBF, as well as CeMAP and CeRER, and is ready to use her industry knowledge to explore the advisory side of financial services.

Before she had a toddler, Nicole enjoyed golf, baking and travelling, but now settles for an uninterrupted hour of Netflix.

Joe Heaword, Technical Services Assistant
Tel. 03000 309901
Email. joe.heawordcamarguechambers.com
Joe began his career in financial services in 2016 and joined Camargue Chambers in August 2020. He holds the CII Level 4 Diploma in Regulated Financial Planning and hopes to provide value and expertise for clients as a financial adviser in the near future. Joe currently acts as both a company paraplanner, aiding advisers with the preparation of their advice, reports, and administration, and is also a mortgage and protection adviser for Camargue Wealth Ltd.

Joe is an avid Manchester United supporter and likes to keep fit via going to the gym and the occasional round of golf. 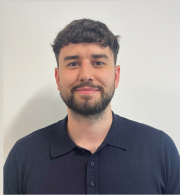 Chris enjoys watching football and keeping active by running and going to the gym.

Ngozi Fulani was repeatedly asked by royal aide Lady Susan Hussey where she was "really" from.

Julie Davis tells the BBC she wants more information from the investigation to find her son, Levi.

Batteries thrown into household rubbish bins cause about 700 fires a year in waste facilities, a survey suggests.